About 70 companies from Austria, Bulgaria, India, etc. participated in this exhibition. 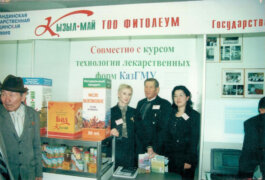 May 14-17, 2002 “FitOleum” company participated in the 9th Kazakh International Public Health Exhibition “KIHE 2002” held under the auspices of the ministry Of Public Health of the Republic of Kazakhstan.

President of the Republic of Kazakhstan pronounced 2002 as the Year of Health.

Same as in previous years, company’s exhibit booth was marked with intense interest both of regular visitors and professional attendees.

KIHE –is the largest Public Health Kazakh Exhibition in the Central Asia. 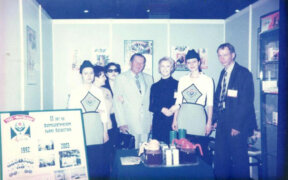 Company’s exhibit booth was marked with intense interest both of regular visitors – potential consumers, as well as public health staff.

“FitOleumLLP” presented new original medications under “Kyzylmay” trade mark which will be available in the dug stores in the nearest time. These are 100% natural herbal products: licorice oil, nettle oil, burdock oil, polyherbal oil “Shukur may”. 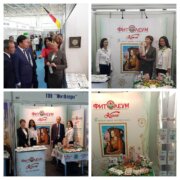 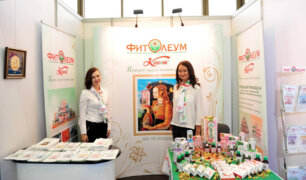